Office of the Dean

Established in 1949, the University of Notre Dame Press is the largest Catholic university press in the world and primarily publishes in areas that align with the academic strengths of the University, including religion, theology, history, philosophy, political science and theory, medieval studies, Irish studies, Latin American studies, and international relations.

Throughout his career, Dames has cultivated strong collaborations inside and outside of university environments, implementing innovative programs to enhance staff development and successfully securing resources to advance transformative library initiatives.

Previously, Dames served as the university librarian for Boston University Libraries where he was integral to BU’s strategic planning process, chairing a committee charged with developing the library system’s 2030 priorities. While at BU, Dames developed and sponsored the In House Leadership Development Program which was the first award for executive talent development in academic libraries from The Andrew W. Mellon Foundation.

Before joining Boston University, Dames was an associate librarian for scholarly resources and services at Georgetown University where he led a division that included special collections, principal collections, branch libraries, and the copyright and scholarly communications office, and played an integral role in advancing Georgetown’s slavery, memory, and reconciliation efforts. He also served as interim dean of libraries and university librarian for Syracuse University. Dames began his academic library career as founding director of Syracuse University’s Copyright and Information Policy Office, one of the nation’s first full-time university copyright offices. Syracuse’s copyright policy, which he authored, has been copied in full or in part by more than 20 other U.S. universities.

Dames is a member of the Board of Directors for the Association of Research Libraries (ARL) and became its 61st president in October 2021. He chairs the ARL Task Force on Structural Equity and Inclusion, hosted and helped produce the 2021 ARL Fall Forum, and has served on the ARL Board’s Governance Committee. He has served as a career coach for the ARL Leadership and Career Development Program and was an ARL Leadership Fellow in 2018. He also served on the Board of Directors’ Executive Committee for NorthEast Research Libraries (2018-2021) and as a past board member of Reveal Digital in Ann Arbor, Michigan.

Dames earned his bachelor’s degree in business administration from Baruch College of the City University of New York, as well as a master’s degree in information studies and a doctoral degree in information science and technology from Syracuse University. He earned his Juris Doctor from Northeastern University. Dr. Dames continues to conduct research on copyright law, policy, and history, emphasizing culture and norms of the media industries, and is an attorney and member in good standing of the Bar of Maryland. 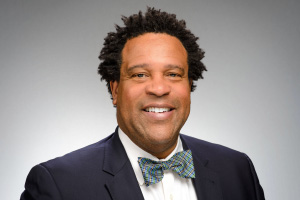 Bates has more than a decade’s worth of experience in higher education through expanding roles that have developed her expertise in several areas including strategic planning, assessment, leadership training, University partnerships, and stakeholder engagement. She currently serves on the Board of Directors for the National Association for Campus Activities where she helps to lead association strategy, establish educational priorities, and promote student learning and staff development. 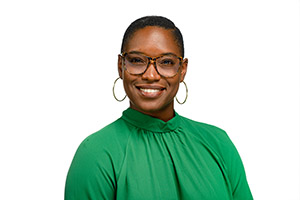 Michelle Budak, MBA candidate, joined the Hesburgh Libraries as the Senior Administrative Assistant to the Edward H. Arnold Dean after serving in an interim capacity for nearly three months. Ms. Budak’s primary responsibilities include managing the dean’s appointment calendar and travel arrangements, working with the Advisor to the Dean to help manage executive projects and priorities, and working with the communications director to help develop and distribute executive communications. 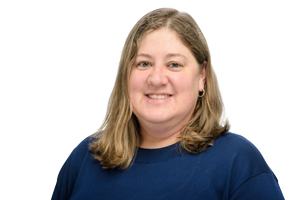 The Facilities Program Director is a critical position for ensuring access to the Hesburgh Library for our many student, faculty and staff stakeholders, as well as other visitors. A nationally recognized building, Hesburgh Library sees over 1 million visitors per year. 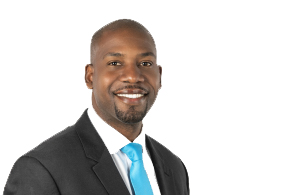 Salem is primarily responsible for the procurement activities of the Library, reviewing expense reimbursement activity in the TravelND system and non-computer purchases in BuyND. He also assists the Director and the Senior Accounting Specialist with accounting activities. 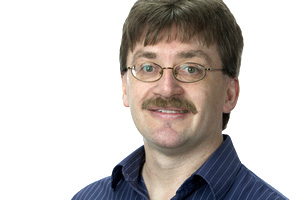 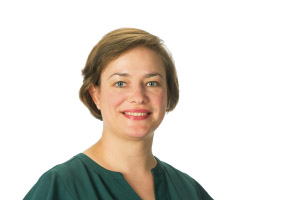 Rebecca joined the PMO in 2019, bringing broad experience in project management, leadership, and business functions. Rebecca earned a Bachelor of Science in Organizational Management from Bethel College, earned her PMP certification in 2015, and serves as the Vice President of Education and Certification for the local chapter of the Project Management Institute, PMI Michiana. Rebecca is an active mentor and strong advocate for fellow project managers, prospective project management professionals, and women in the workplace. 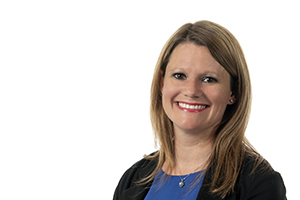 The Facilities Coordinator for the Hesburgh Libraries is responsible for a broad array of organization-wide services and operational support, including: 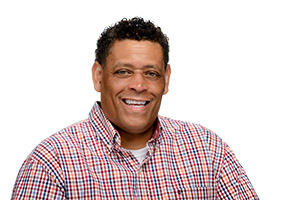 The Library Maintenance Technician provides a broad array of assistance for the facility, including:

In her role, Jenna implements integrated marketing and communications strategies to support the academic and research efforts of our students, faculty, and staff. She manages multi-channel communications for signature events and special projects and collaborates on internal and executive communications. In addition, she develops print materials, digital collateral, and onsite signage. Jenna’s efforts work in concert with the larger communications team to increase awareness of and engagement with the library’s expertise, resources, services, and spaces.

Prior to her role at the Hesburgh Libraries, Jenna worked at the Mike and Josie Harper Cancer Research Institute, a collaboration between the University of Notre Dame and the Indiana University School of Medicine - South Bend. Jenna graduated from Indiana University in 2013 with a bachelor of arts in English and a minor in sustainability studies. 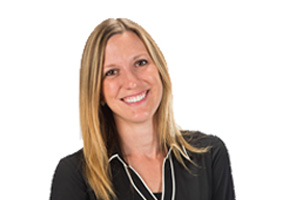 As a member of the executive leadership team, Tara helps to shape and implement the overall vision, strategic plan, and related strategic initiatives for the Hesburgh Libraries.

She also develops and executes integrated marketing communications strategies to highlight the vital contributions the Libraries make to teaching and research and connect stakeholders to library expertise, services, resources, and special programs that accelerate learning and advance scholarship.

To this end, Tara works across several areas, including strategic planning, brand development, digital marketing, event marketing, social media, public relations, content development, web design and graphic design. Within the Libraries, she leads and consults with multidisciplinary teams in support of core programs and priority initiatives. She also works in collaboration with campus partners, including the schools and colleges, centers and institutes, University Development, Alumni Association and University Communications to advance the mission of the libraries and shared institutional goals.

Tara is a graduate of University of Notre Dame and holds a bachelor of fine arts degree with majors in graphic design/advertising, art history, and Arts and Letters Program for Administrators (ALPA). She also earned a master of science degree from Northwestern University studying integrated marketing communications. 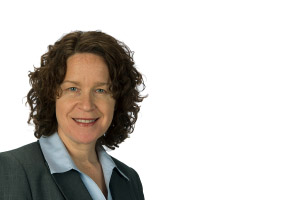 In her role, Amanda communicates with the Libraries’ audiences through social media, digital signage, and other digital venues to advance the mission and vision of the libraries and greater institutional goals. In collaboration with the larger communications team, Amanda works to highlight the Libraries’ key initiatives, signature events, and valuable resources to students, faculty, staff, alumni, and the larger community.

Prior to her role at the Hesburgh Libraries, Amanda worked in communications at Notre Dame Law School and in philanthropy at the Internet Archive, as well as at the South Bend Tribune as a reporter. She graduated from the University of Notre Dame in 2012 with a bachelor of arts degree with majors in American studies and English, as well as a minor in the Gallivan Program for Journalism, Ethics, and Democracy. She earned her masters of library and information science from Indiana University Purdue University Indianapolis in 2020. 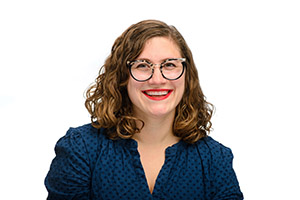 In coordination with the Director, Lee is responsible for general and strategic financial analysis to aid in the development of the Library budget (approximately $31.5 million) with a focus on the materials acquisitions budget. He also serves as a liaison to Program Directors and Selectors to aid with budget questions and guidance. 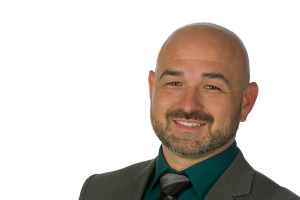 Reporting to the Director, Michelle administers the Libraries’ human resources and payroll functions, including recruiting and hiring activities, preparing and managing employee records, and guiding managers and supervisors on University personnel policies and procedures. 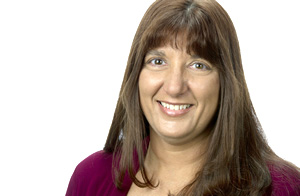 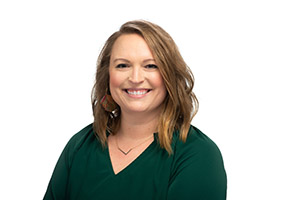 Marcy Simons, MLS, is responsible for optimizing the Hesburgh Libraries’ approach to recruiting, retaining, and guiding individuals to work effectively individually and collectively. She serves as the Dean’s lead liaison for talent and organizational development work including analysis and measurement, scouting, recruiting, searches and hiring, compensation analysis, onboarding, professional development, retention, separation and offboarding, and alumni engagement. Simons works holistically across the many facets of talent and culture to help ensure that the Hesburgh Libraries is an appropriate candidate’s preferred employer of choice, both on the University of Notre Dame campus and across the higher education sector.

Simons is the author of two books about academic librarianship, Academic Librarianship: Anchoring the Profession in Contribution, Scholarship, and Service (2021) and Academic Library Metamorphosis and Regeneration (2017), both published by Rowman Littlefield. 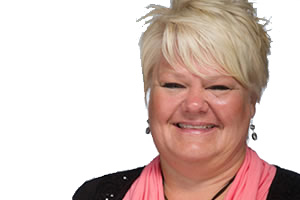