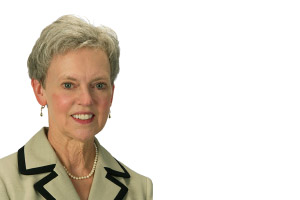 Diane Parr Walker was appointed the Edward H. Arnold University Librarian at the University of Notre Dame in 2011.

The Hesburgh Libraries at Notre Dame include more than 175 faculty and staff members and comprise the main Hesburgh Library and eight branch libraries across campus. Together the libraries contain more than 3.5 million physical volumes, offer access to an equal number of electronic titles, and are visited by over 1 million people each year.

Walker’s vision for the libraries is grounded in her abiding commitment to supporting the academic and research goals of the university. Through her leadership, she has clarified that the mission of the Hesburgh Libraries is and always has been to connect people to knowledge. The Libraries’ job is to acquire, preserve, organize and steward knowledge in any format, making it accessible to all scholars throughout time and across geographic boundaries.